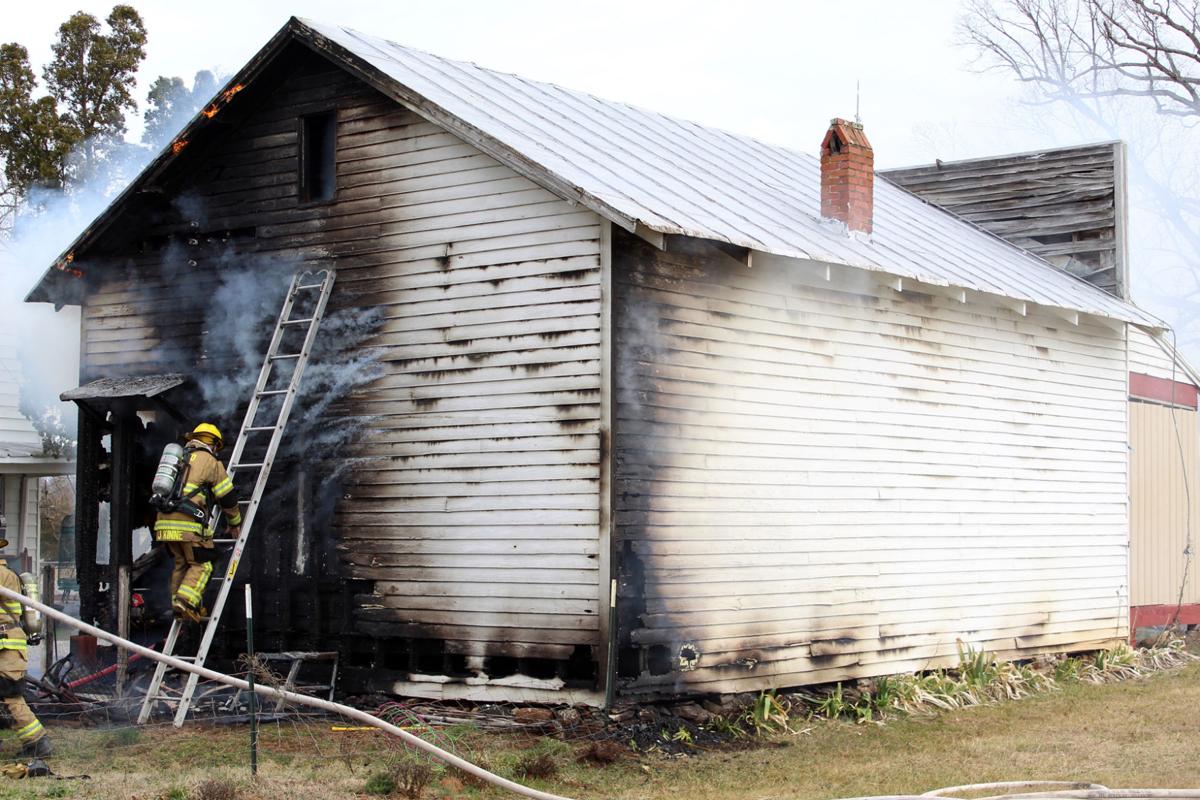 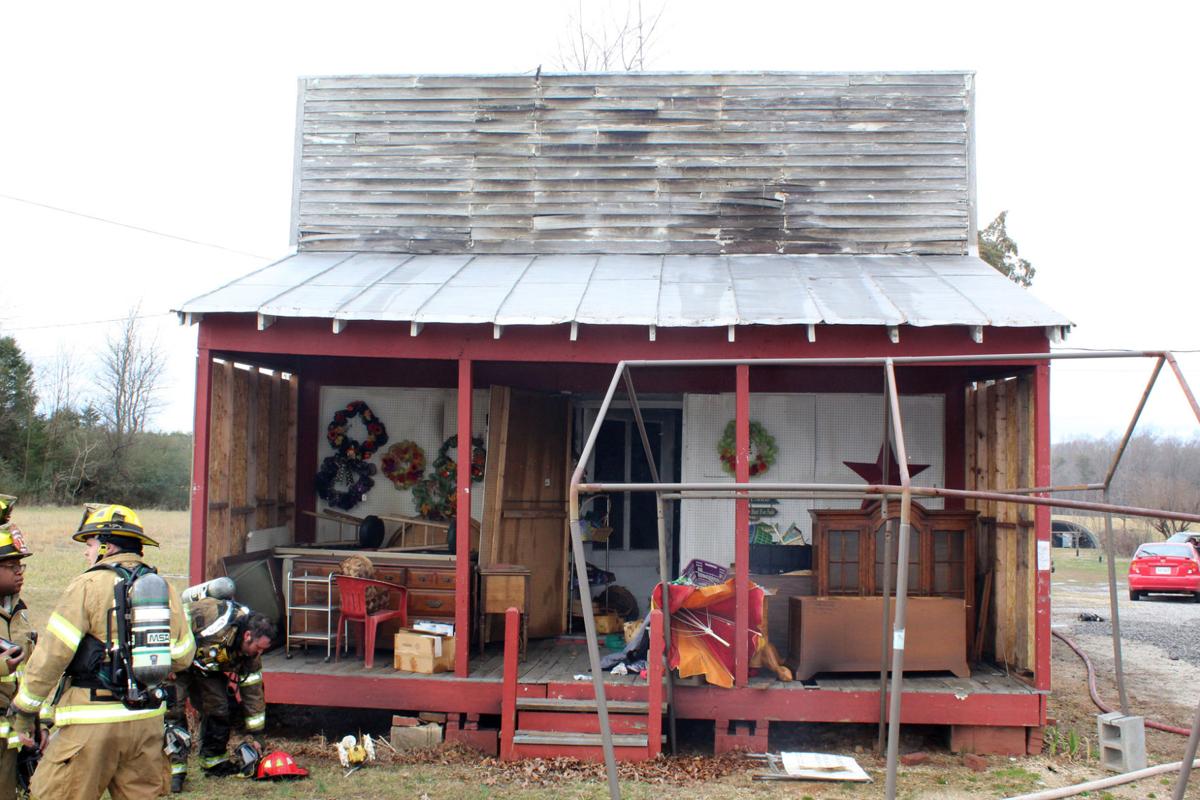 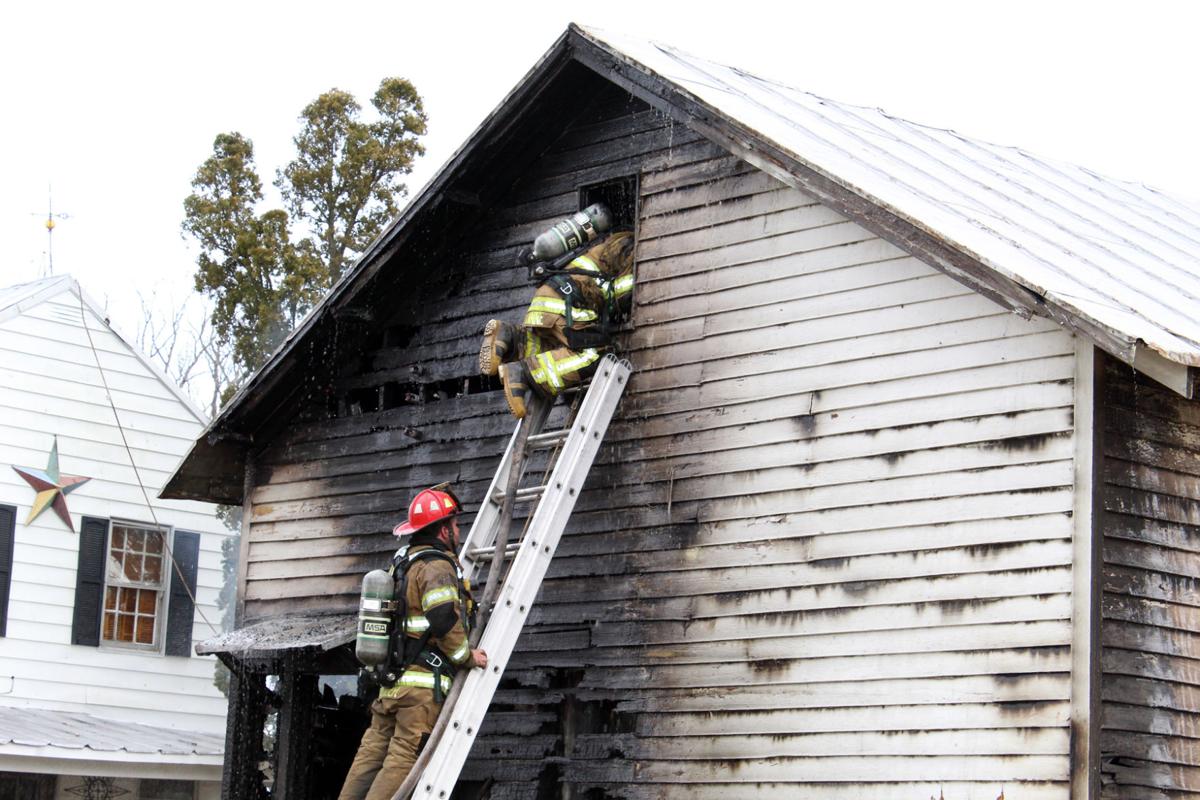 An old building in Appomattox County that is said to be a former store has been damaged this morning in a structure fire.

At approximately 11:15 a.m., local fire and safety crews were dispatched to 5389 Oakville Road where fire and smoke were seen coming from the rear of a building.

The original fire surge was subdued quickly, but firefighters continued working for about an hour to eliminate the fire and prevent it from rekindling. Workers used an ax to break siding in order to spray water inside  the interior walls.

The building, located just north of the Rt. 26 Market on Oakville Road, stands beside a residential home on the same property. The owner of the property was out of town when the fire began. One family member was inside the home but nobody was in the burning building when fire crews arrived. No injuries were reported.

The family member said the building was now being used for storage, but the family had more recently used the former store to sell produce.

The rear of the building sustained substantial damage. Appomattox County Assistant Fire Chief Timmy Garrett said that it doesn't appear to be a total loss.

The cause of the fire is currently under investigation.