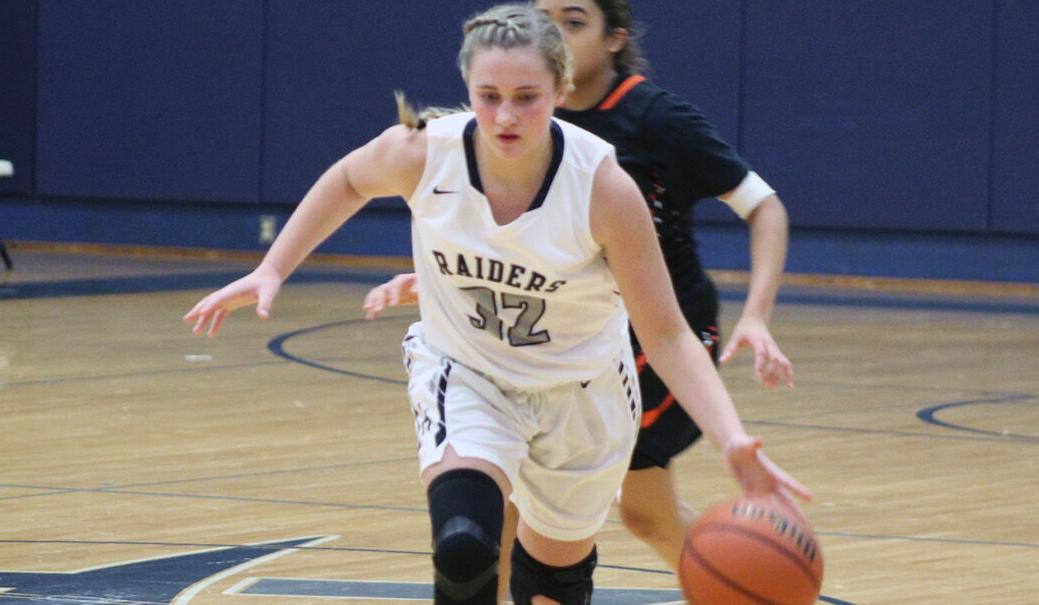 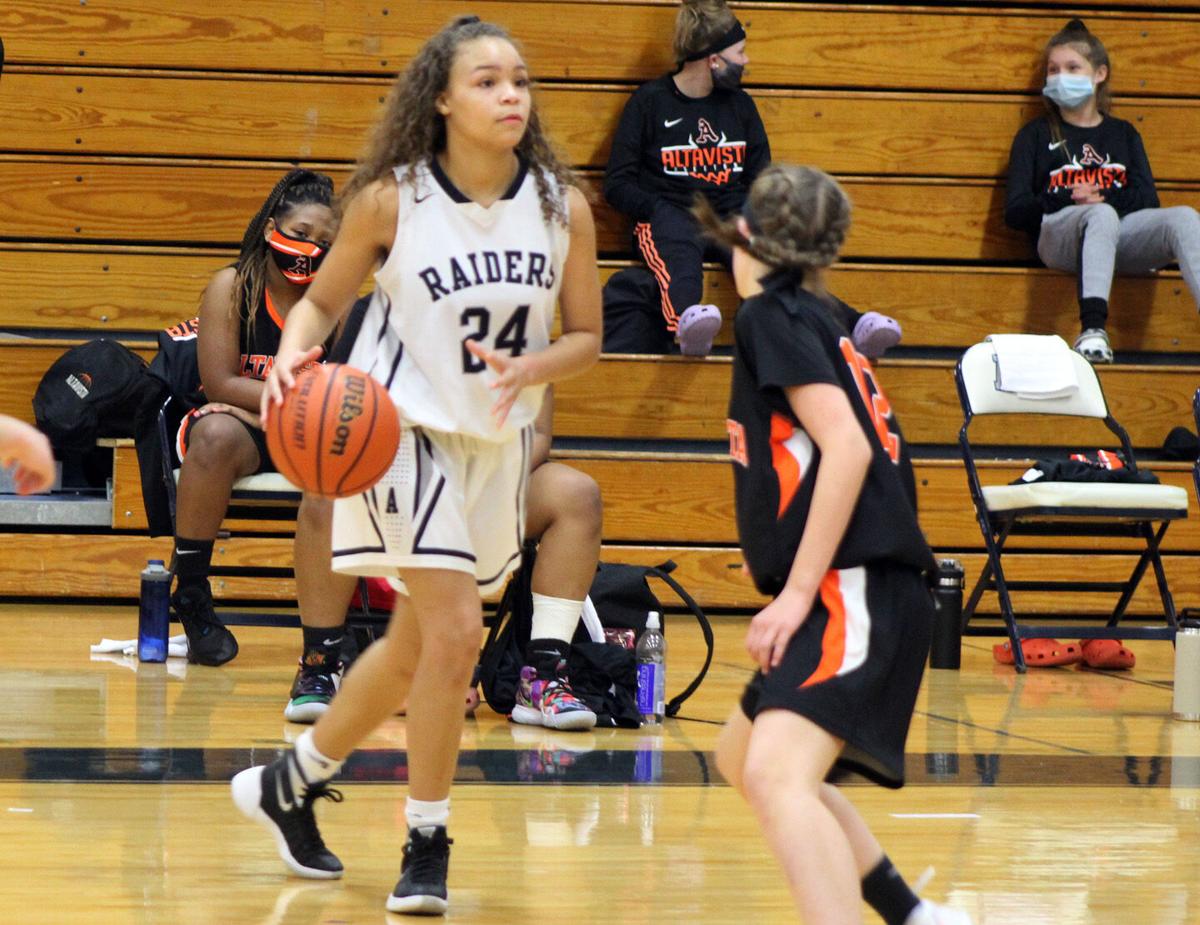 For the first time in nearly a year, an organized sporting event was held at Appomattox County High School as the Raiders' junior varsity and varsity girls basketball teams hosted the Colonels of Altavista on Wednesday night.

In the nightcap game, the varsity Raiders fought their way to a hard-earned 36-33 overtime win over the Colonels.

The Raiders had been scheduled to begin the season on Jan. 4, but Appomattox County Public Schools administration delayed in-person learning for a week due to COVID-19 concerns among school staff and within the county.

The JV Raiders dominated from start to finish, although Altavista went on a brief scoring run late in the game to slightly narrow the gap.

The varsity Raiders got off to a 10-3 start, fueled by a 3-pointer from Cari Vrooman and two buckets by Carrington Moore. However, Altavista came back to take a 16-13 halftime lead.

The Colonels held the lead for much of the second half until Harmony Troxler tied the game at 26-26 on an underneath shot. From there, foul shooting would prove to be the difference in the outcome.

Aubrey Fulcher of Appomattox knotted the game at 27-27 on a free throw to send the game into overtime, and later drained a 2-point shot to even things up at 32-32 in the extra period.

Fulcher added four more points from the free throw line to seal the win for the Raiders, aided by a strong press defense down the stretch.

Altavista fell to 0-3 on the season.

The varsity Raiders (1-0) are scheduled to play Friday at home vs. William Campbell. Tip off time is 6 p.m. There will be no JV game on Friday.

Find out more in the upcoming issue of the Times Virginian newspaper. Pick up a copy or subscribe at www.timesvirginian.com/subscriber_services to view the full article in the e-edition version.

Sorry, there are no recent results for popular images.