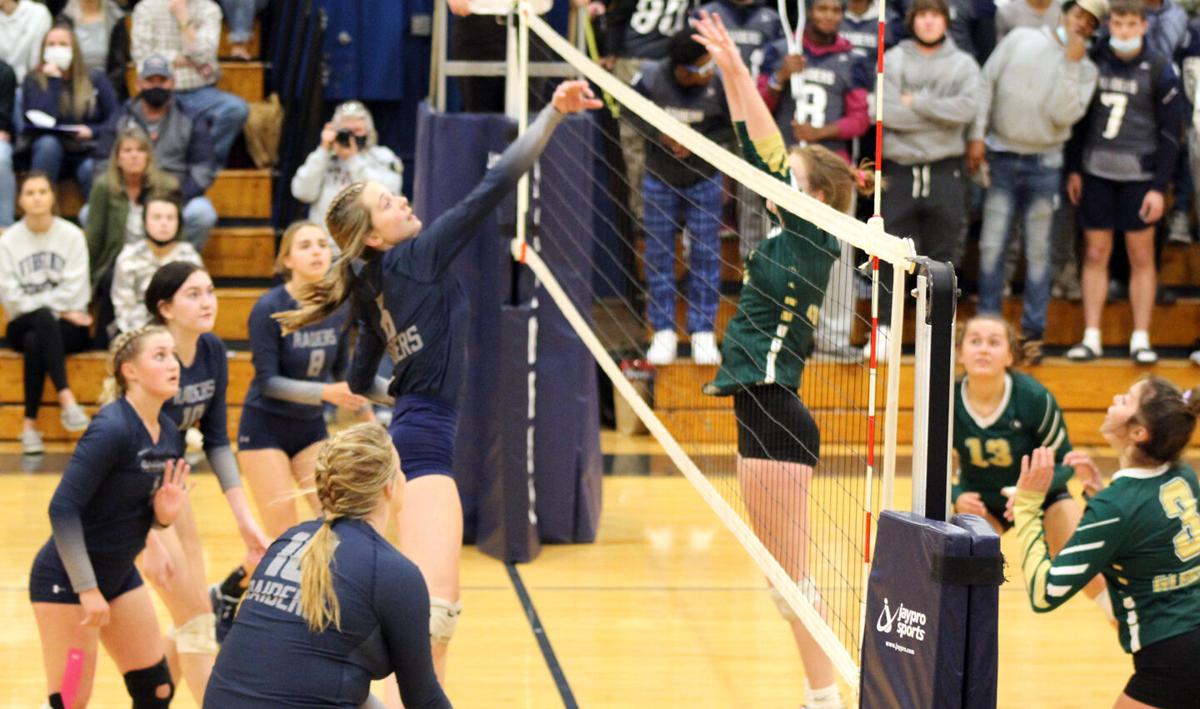 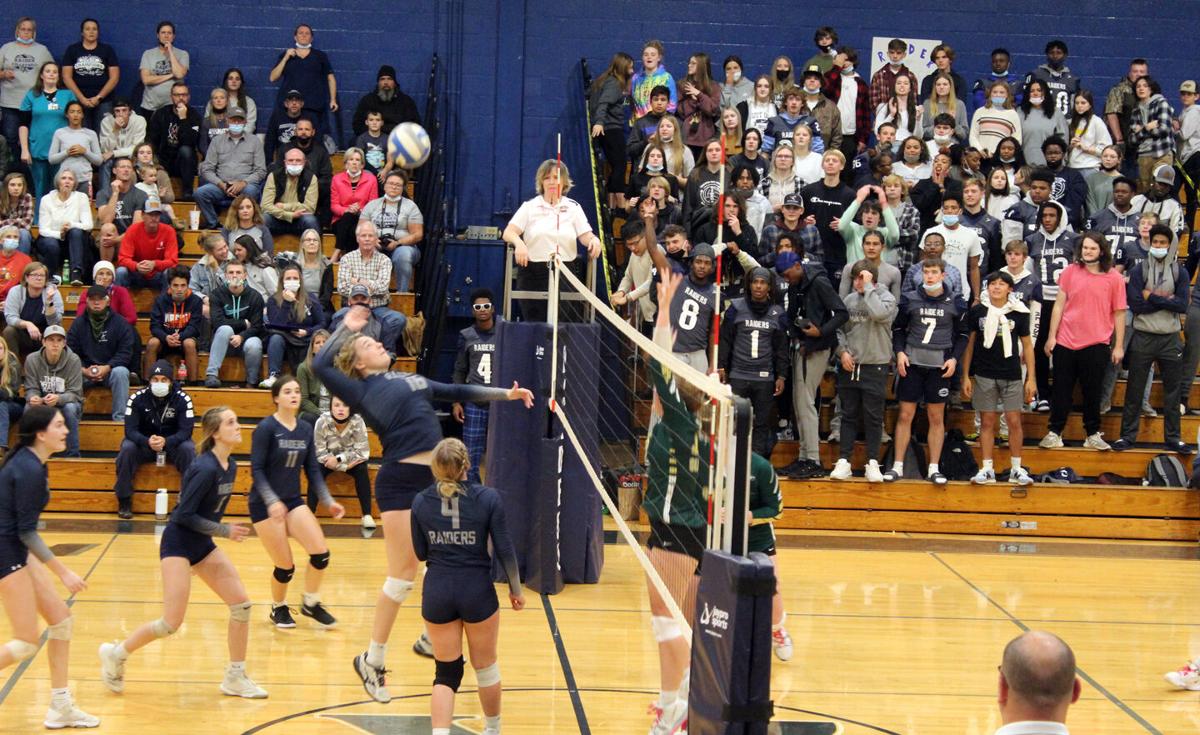 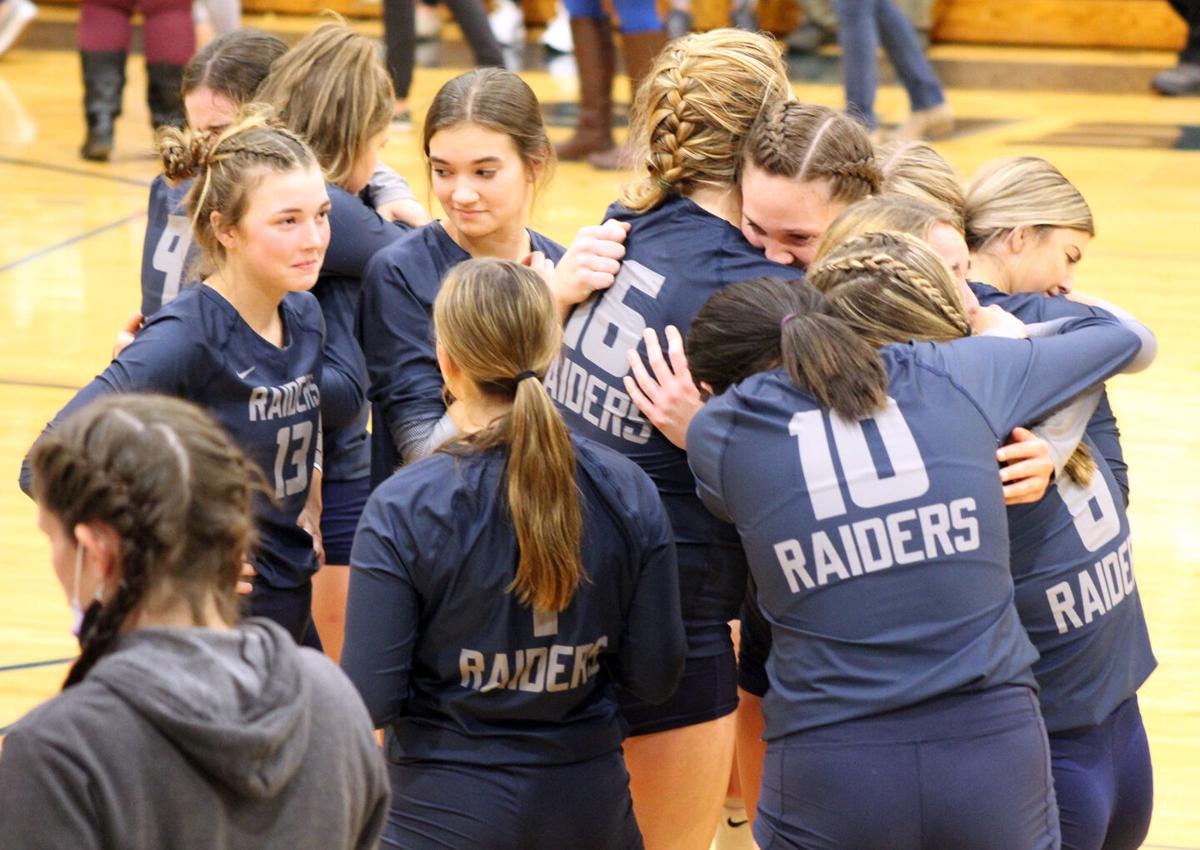 Tonight's Region 2C Semifinal match was by far the most difficult test of the 2021 season for the undefeated Appomattox Raiders volleyball team. With a trip to the state tournament on the line, the Raiders fell short of their primary goal with a 3-0 loss to the Glenvar Highlanders (9-25, 19-25, 23-25) at Appomattox County High School.

After breezing through the regular season with most of their matches coming against Dogwood District teams, the Raiders faced a Highlanders team that played a more difficult regular season schedule which included two losses to Auburn - a favorite in the Class 2 tournament.

By the time the talented Raider squad adjusted enough to successfully compete against the Highlanders and their highly accurate shot placement, it was too little too late. After Glenvar dominated set one, the Raiders played from behind for most of set two but narrowed the scoring margin significantly.

Facing elimination, Appomattox overcame a 7-5 deficit in the third set to tie the score at 7-7 on two kill shots by Kaydence Gilbert. A shot into the net by Glenvar's Daisy Ann Dawyot gave Appomattox an 8-7 lead.

From that moment forward, Appomattox was able to maintain a lead of three to four points during set three, and a blocked shot for a point by Haleigh Tweedy put the Raiders in prime position at 22-18 before Glenvar called a timeout.

Glenvar then chipped away at the Raiders' lead amid an electric playoff atmosphere produced by the home crowd. Two out-of-bounds shots by Appomattox gave the Highlanders a 24-23 lead, and the match was ended on a serve by Sydney Loder that bounced off the hands of a Raider defender attempting to make a dig.

Tears flowed and hugs abounded on the Raiders' side of the court after the match as they said goodbye to four seniors - Madison Shirey, Macee Hargis, Mackenzie Fulcher and Kelsey Hackett, each of whom played their last volleyball contest in a Raiders uniform.

Appomattox finishes the season with a record of 16-1. Glenvar improves to 19-3 and will play the winner of the Floyd County vs. Radford match for the Region 2C Championship.

Find out more in the upcoming issue of the Times Virginian newspaper. Pick up a copy or subscribe at www.timesvirginian.com/subscriber_services to view the full article in the e-edition version.