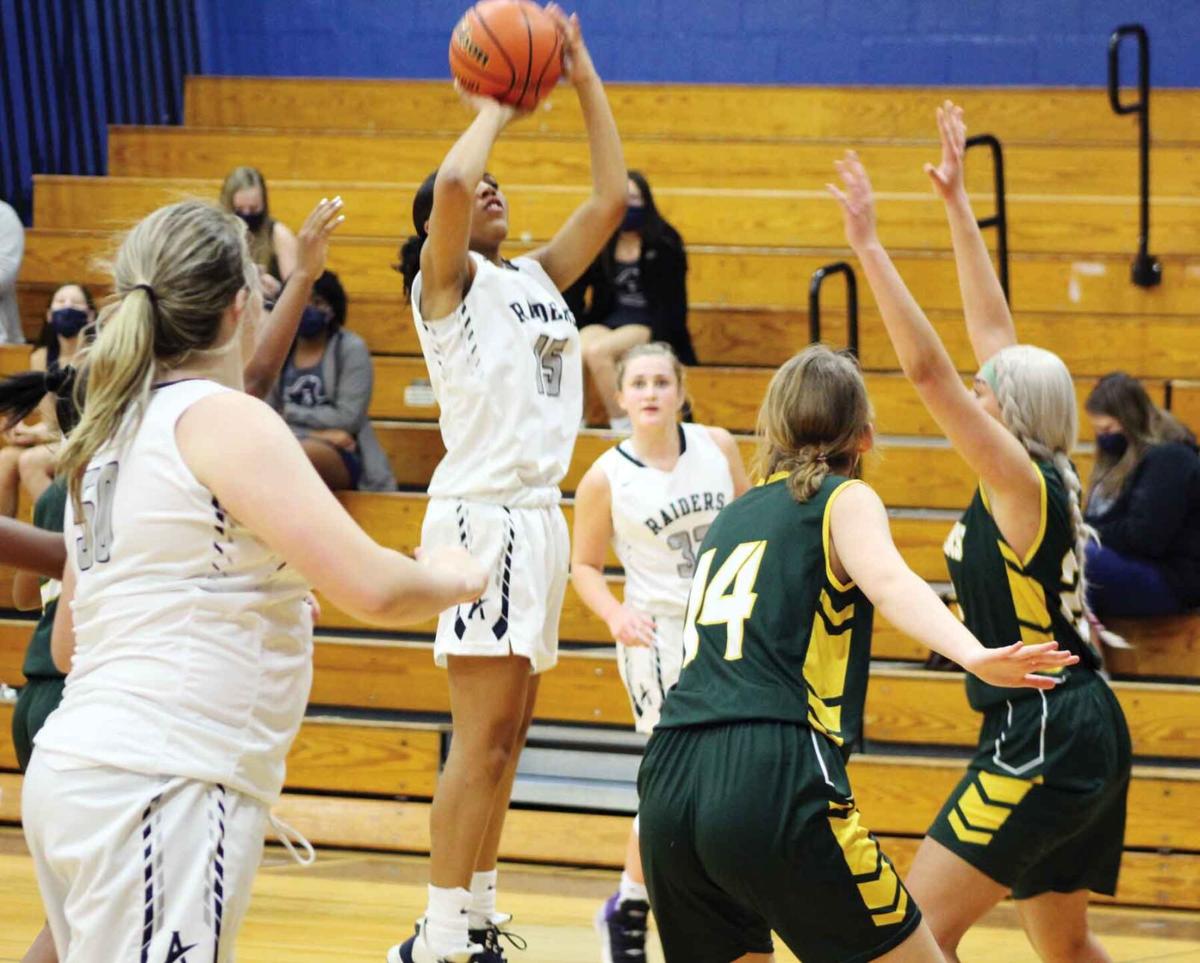 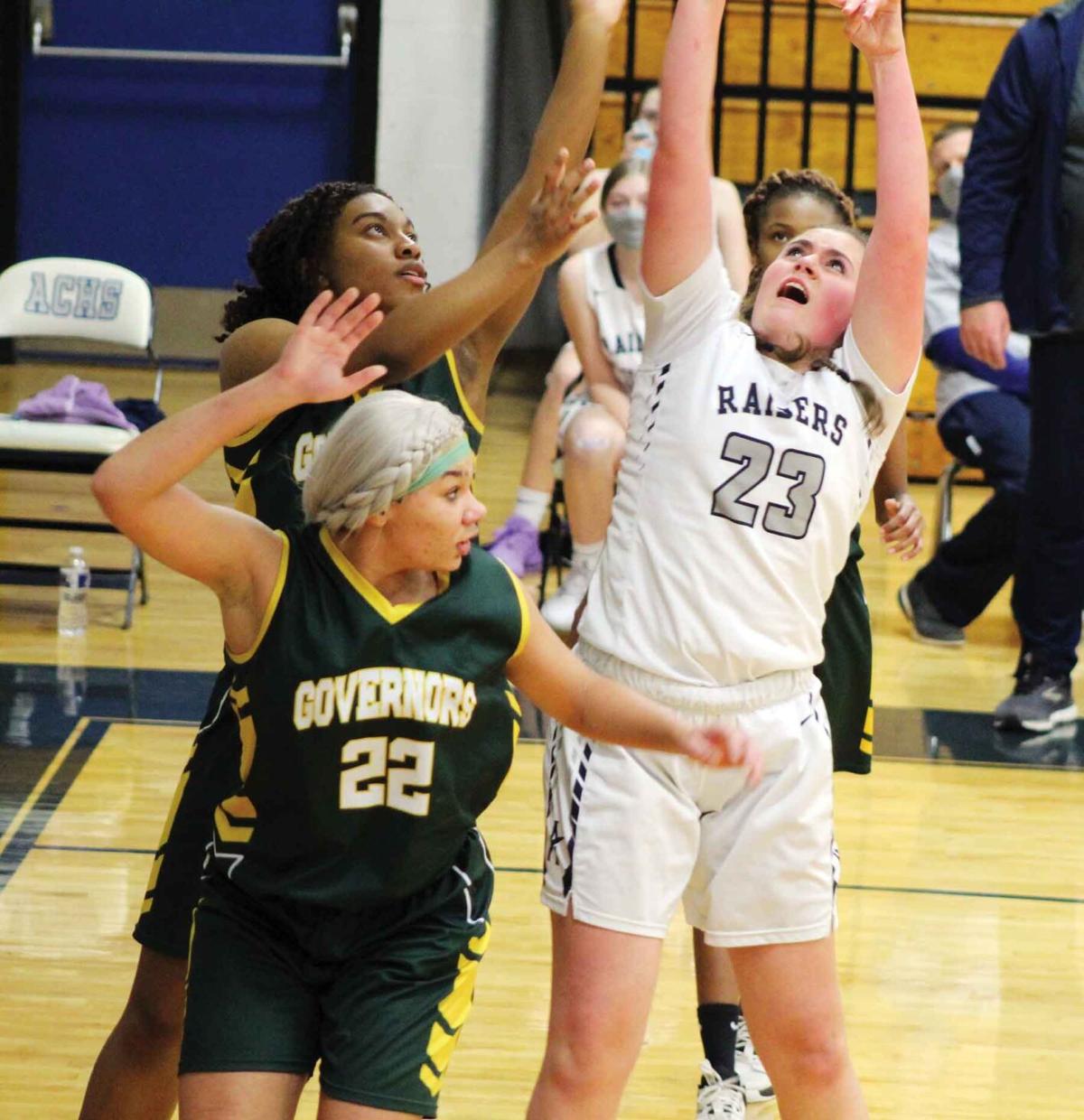 Appomattox center Myah Steger puts up an inside shot Monday against Nelson County. 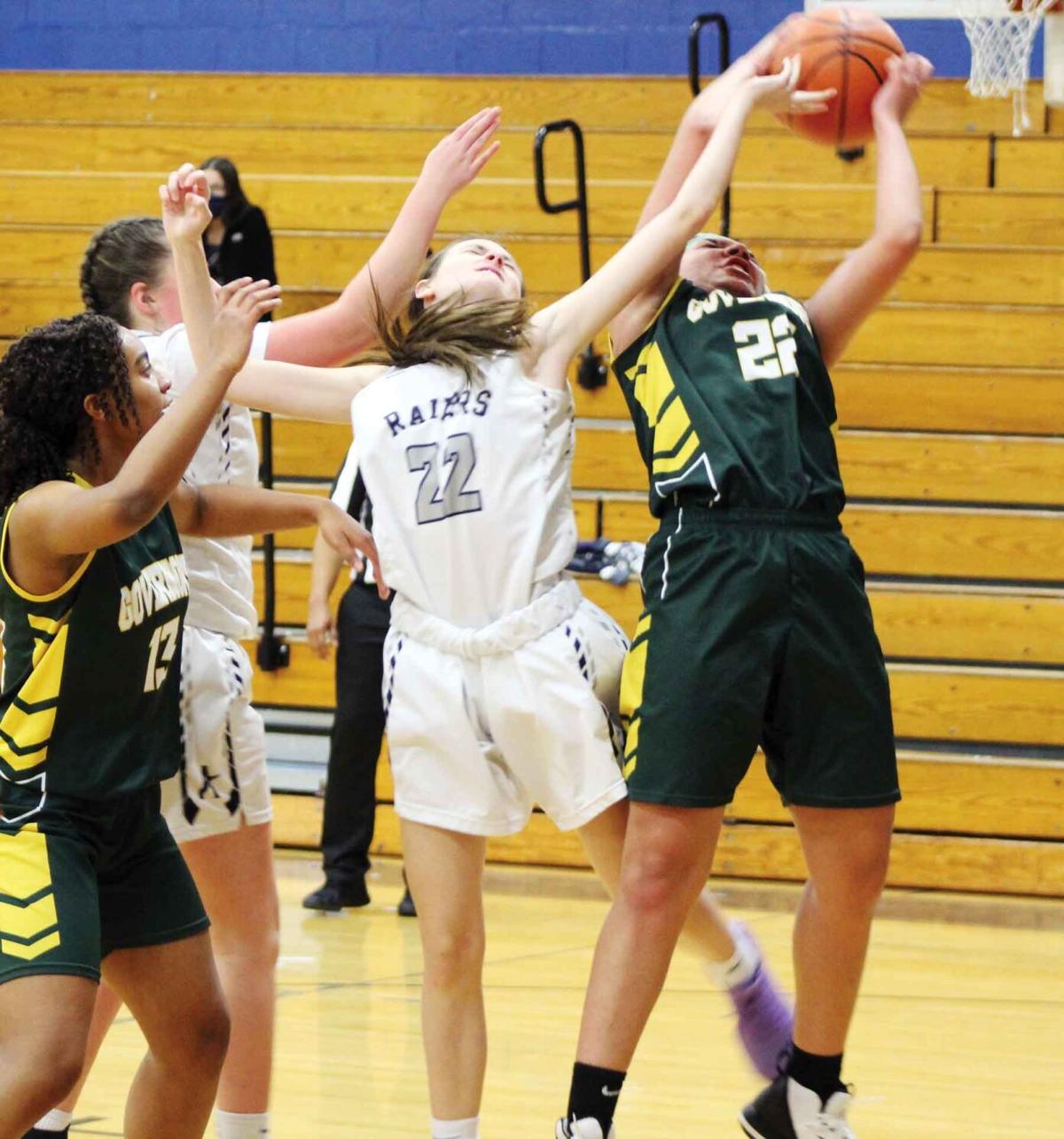 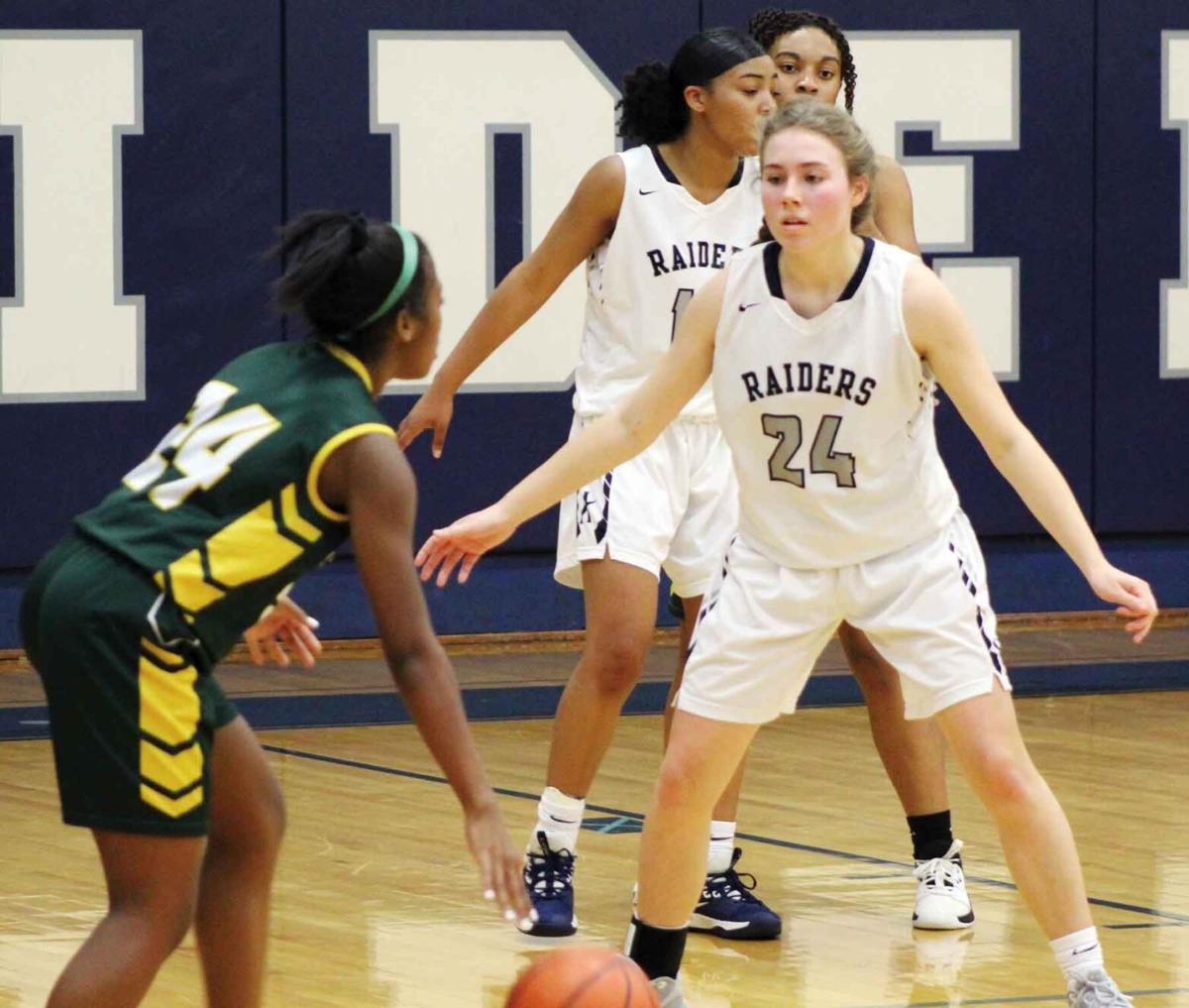 Appomattox center Myah Steger puts up an inside shot Monday against Nelson County.

The Appomattox Raiders girls varsity basketball team fell to 1-3 on the season as they dropped both games of a two-game series against the Nelson County Governors. Nelson (4-1) won at home on Tuesday, Jan. 19, by a score of 48-26 and followed it up with a victory on the Raiders’ floor Monday night by a nearly identical score of 48-21.

The Raiders fell behind early on Monday night, trailing 10-3 before senior captain Cari Vrooman put in a layup off the glass to cut the score to 10-5 right before the end of the first period.

Vrooman converted another layup after a Nelson 3-pointer to make the score 13-7 in favor of the Governors. But the visiting squad answered with a 10-point run, sparked by a shot and free throw by Tamya Vest-Turner and three-pointers from Vest-Turner and Destiny Meredith.