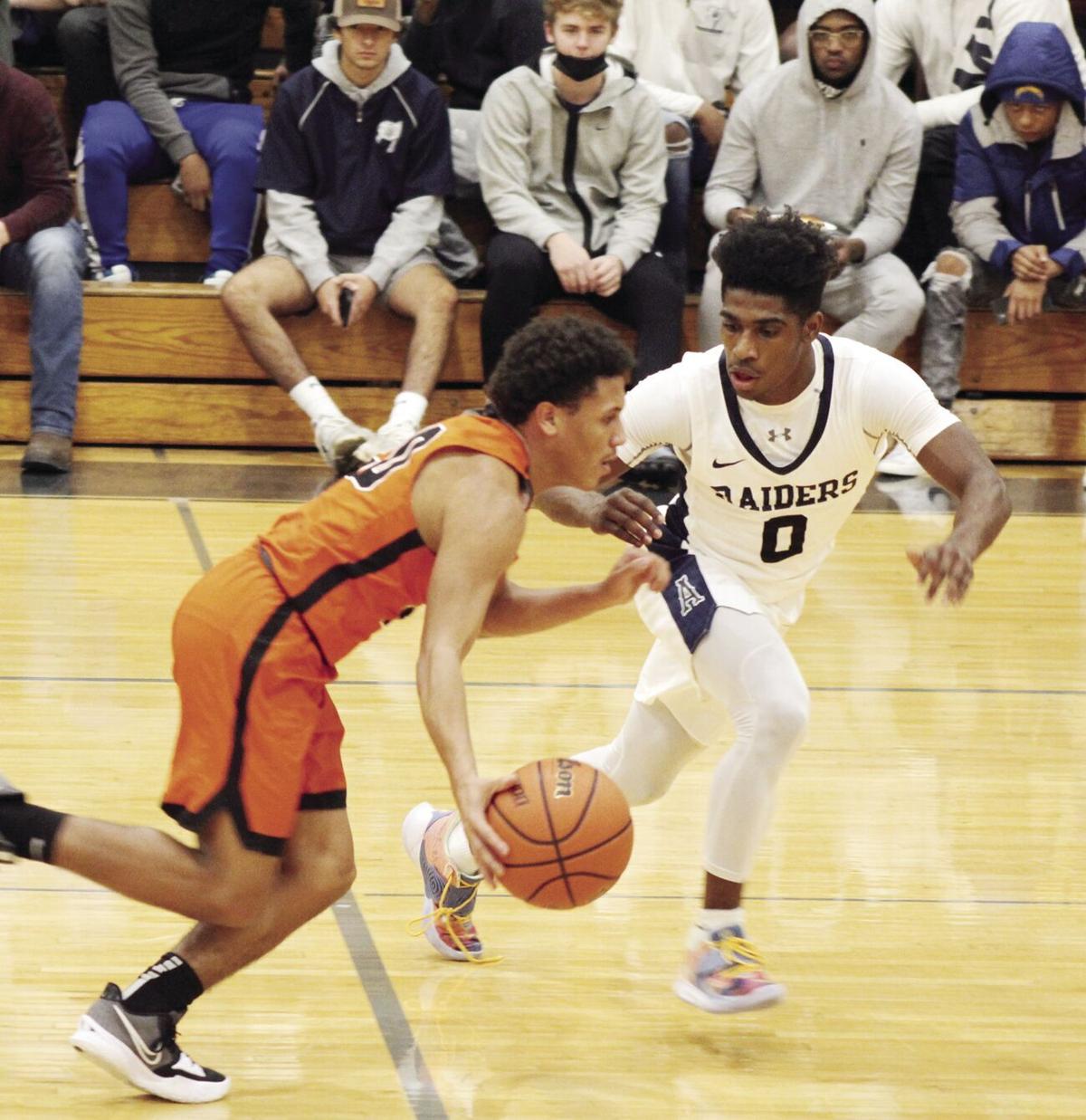 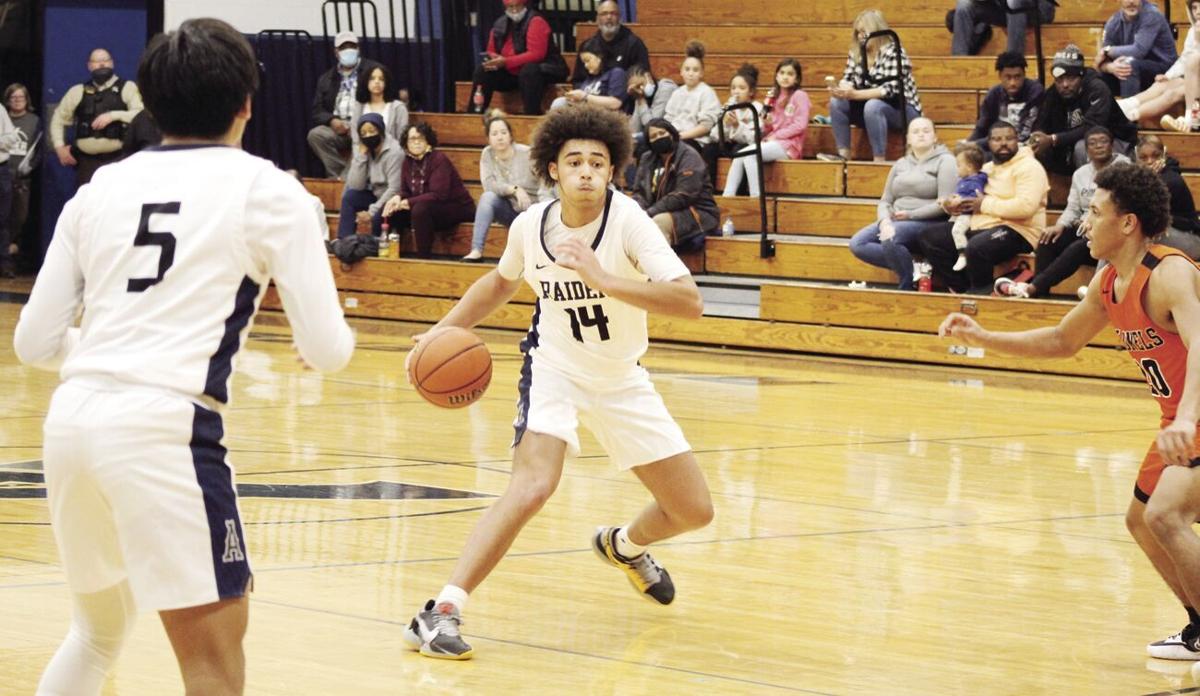 The Appomattox Raiders boys varsity basketball team has opened the 2021/22 season at 0-2, losing its Dec. 14 opener at home to Altavista by a score of 60-47, and their first road trip on Friday at undefeated (5-0) E.C. Glass, 74-48, after leading by two points at the end of the first quarter.

While many of their opponents have played at least four or five games so far, the Raiders weren’t able to hold tryouts until after the school’s football team played in the Class 2 state semifinal game because a number of football players would also try out for basketball.

As head coach Travis Cottrell explained, “We’ve already established that it’s not fair to have one set of tryouts and have a certain team set before football finishes and then have another set of tryouts and, you know, go a month or a month-and-a-half with this group of kids and then cut half of them. That’s just not fair to those kids and those parents that are putting in time and effort and spending money on shoes and shirts and whatnot.”